Congratulations to all of the 2019 Collinson Construction Lancashire Sports Awards winners. They were as follows:

Young Achiever of the Year 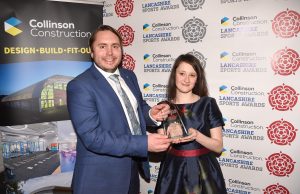 Erin is a swimmer for Blackpool Polar Bears and has represented Great Britain, winning a Silver medal in the 1500 metres at the Special Olympics World Summer Games in Abu Dhabi. As well as swimming at a high level, Erin also supports the Blackpool Polar Bears as a helper in the water as she has completed the NASCH helpers’ course – she has shown a desire to coach other athletes and give back her skills in support of others. Erin was born profoundly deaf and with a chronic lung disease but continues to scale new heights as she is now preparing for the National Special Olympics Liverpool 2021. 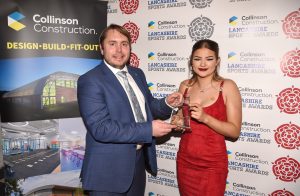 Alyssa is the only person from Dragons Kickboxing Club to achieve Black Belt status and is planning on taking an instructors course. She started competing in February 2018 and has since been named WKO Double World Champion as well as gaining 3 Silver medals at the World Championships. Other achievements include WKO & WKU British Champion 3 times, WKO English Champion (3 separate categories) and Double Northern Open Champion North West. Alyssa has shown dedication through sacrificing her social life to train 12 hours a week and help at the club supporting everyone else, she also has had to overcome transportation problems relying on public transport to get her to where she needs to be. 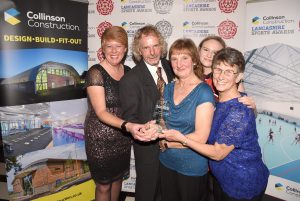 YMCA Fylde Sharks children’s disability swimming club uniquely offer one to one swimming lessons to disabled children and young people up to 18 years old. As they have merged with YMCA, this has allowed for swimming lessons to be set up that are one to one with only disabled swimmers and their carers or family being allowed access to the pool. This allows new opportunities for different people to gain access to YMCA Fylde Sharks. The programme and the Sharks club are recognised as a club of choice to schools and establishments in the local area.

Primary School of the Year sponsored by Westholme School 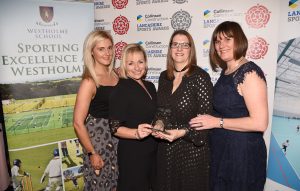 Baxenden St John’s CE Primary School aim to provide all of their pupils with an opportunity to be involved in a sport or physical activity. They utilise a range of opportunities to show pupils that activities can be fun and competitive as well as educating them on how a healthy lifestyle is just as important as taking part in sport. They were the first school in the Hyndburn and Ribble Valley School Sport Partnership to be awarded the Platinum School Games Mark. Talented students are also supported with the school paying membership and competition fees for their talented swimmers and athletes to take part in the British Schools Biathlon Championships.

Coach of the Year, sponsored by Davies Sport 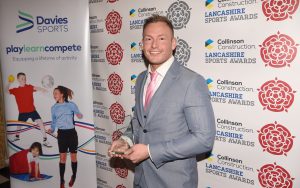 Ross Goodwin, Coach of the Year

Ross Goodwin has been coaching Judo since 2011 dedicating 30+ hours per week; this year alone has created national champions, regional champions and multiple international players.  Ross is described by those who know him as going above and beyond and always encouraging students through his passion and dedication to Judo. As a coach he creates an environment for children to build new friendships and grow their confidence, striving to involve the club in community events.

Community Project of the Year, sponsored by Baldwins 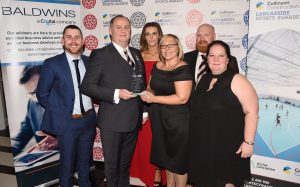 This project began after a death of a junior footballer who suffered a Cardiac Arrest. Lostock Hall Juniors FC began fundraising 4 years ago to provide each of the six home venues with defibrillators/AEDS along with free CPR and AED training to all players, coaches, spectators and parents/carers. To date the club has trained over 450 people and this is an ongoing project teaching 100 people per year. The projects aim is to assist in educating people in the importance of health, wellbeing, exercise and awareness of health issues while providing the opportunity to maintain and promote a safe environment for the community.

Volunteer of the Year, sponsored by Newground 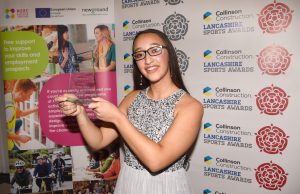 Zuleikha Chikh with her Volunteer of the Year Award

Zuleikha has been awarded in the top 30 ‘Muslim Women in Sport’ Power List in the World 2019. She dedicates 9 hours a week to various causes such as UCLan Women’s Futsal Club, Sir Tom Finney Soccer Centre and British Red Cross- supporting refugees and asylum seekers in Preston. She has been volunteering for 4 years initially starting out coaching trampolining gymnastics. Since then she has spent over 500 hours volunteering through the British Red Cross helping to integrate, cook meals and support refugees and asylum seekers also helping them to have opportunities to play football with Sir Tom Finney Soccer Centre. Zuleikha has taken part in many international development projects, local roles and volunteering projects and has shown that resilience and passion breaks down barriers in sport and raises aspirations in young people to pursue their dreams.

Secondary School of the Year, sponsored by University of Central Lancashire 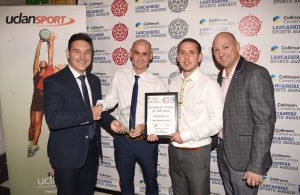 Park Community Academy believes that physical activity, education and school sport act as a vital role in the development of all their pupils. They offer their pupils a wide range of activities through extra-curricular opportunities that include multi skills club, running club, circuit training, rock climbing, rebound therapy, swimming, football, tag rugby, health and fitness and dance clubs. They also engage with competitive sports against other schools to help raise pupil’s aspirations and develop their love of sport and physical activity. To also encourage these principles the school provides the opportunity to become ‘sports leaders’: a role that involves helping other children and raising their self-esteem and confidence.

Club of the Year, sponsored by Jones Homes (Lancashire) 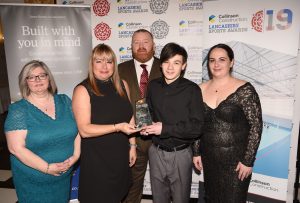 Accrington Wildcats RLFC has raised the profile of rugby league in Hyndburn and East Lancashire through creating a club that engages young people within the sport. The main aims of the club are to increase participation, develop strong and lasting skills, create opportunities to volunteer and develop clear pathways for young people through to older ages. This year the club has developed their Active Wildcats programme, aiming to target deprived communities and schools within the local area through offering low cost and free activity. In addition to this they have created a hardship fund to ensure that money is not a barrier and that more deprived children are able to take part. This is further shown through the boot sharing practice set up, reduced offers and creating the opportunity this summer for new players to play free until September, ensuring that everyone has the opportunity to engage with the sport. 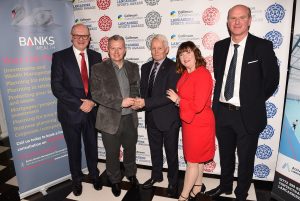 Peter has dedicated over 60 years to athletics, 30 of which have been dedicated to Preston athletes. Peter commenced with athletics at the age of 6, winning countless County, Northern and National medals, before representing Great Britain at the 1964 Olympics and taking home 2 bronze medals at the 1966 Commonwealth Games. Peter began coaching in around 1965, and has coached over 20 international athletes across various events including 400m hurdles, 200m, long jump and triple jump. Peter was British Athletics National Coach for 16 years and was instrumental in training thousands of coaches in the North West, coaches such as Toni Minichello (Jessica Ennis-Hill’s coach) are a product of his teaching. As well as coaching at Preston Harriers for over 30 years, he also spent five and a half months as an advisory coach to the Hong Kong Athletics Association, coached athletes for the World Masters Athletics Championships, helped Kirkham Grammar School achieve 5 national schools’ championships finals, and continues to coach 3 nights a week on the track at the age of 78.